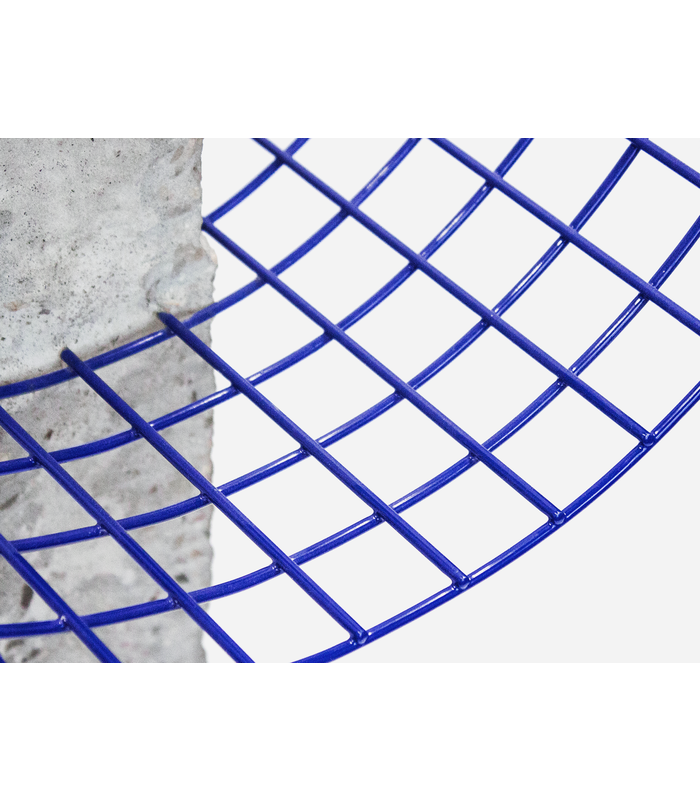 The series of furniture is intended as a celebration of a combination of materials that reinforce each other and have had an enormous impact on our world. Metal and concrete came together 150 years ago and formed the basis of our fast-growing architecture. There are infinitely many apartment buildings, tunnels, streets and parking garages created by reinforced concrete and made it possible to build on a large scale. In our daily lives, however, we often ignore the beauty that they carry. Among other things because the metal grid is not visible in reinforced concrete. Van Hooff looks beyond the functional power of the grid and sees it as a graphic element. In his works it forms a special contrast with the coarse, closed concrete. This beauty is shown by surprisingly exposing the metal, whereby the metal, as it were, grows out of the concrete. The shapes and colors of the functional pieces are inspired by the city and thus refer again to the origin of the material. 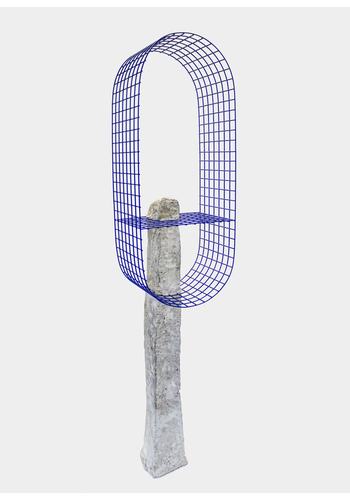