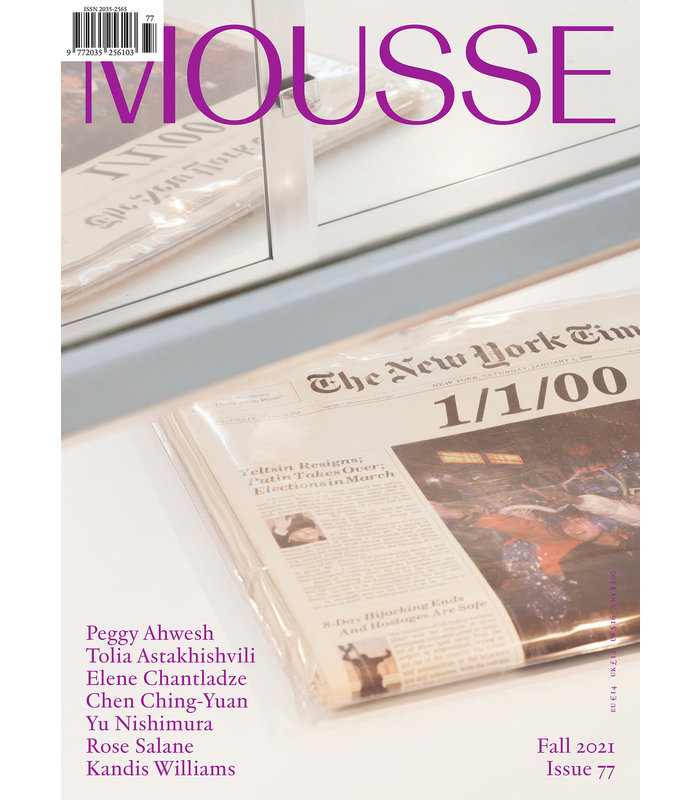 Physical Apprehension of Black Skin
The Black body as a site of experience, and the forced, aspirational social interactions that it undergoes, ground all of Kandis Williams’s multidisciplinary work. With Legacy Russell, Williams discusses the founding of Cassandra Press, its linkages with Black Lives Matter and Black femmehood, challenging preconceived understandings of institutional spaces, and blackness as a communication technology both viral and vital.

Energy Potential in Lost Objects
According to Wendy Vogel, the ordinariness of Rose Salane’s objects belies their larger meaning. Viewers must read the work closely to discern patterns. The World Trade Center’s history, the politics of neoliberalism, the AIDS crisis, rapid technological change, economic inequality: Salane charts these chronicles on the micro level, braving their complexities to convey overlooked memories and archives that compose a parallel world history.

We Run for Our Lives
“It is rare to walk down the street with a machine gun, but everybody’s been in a car, everyone’s felt what it’s like to lose control.” The car chase, its constant closeness to death, is the literary ruse through which Dodie Bellamy twirls around grief, loss, and abandonment in an excerpt from a letter written to her late companion and husband, writer Kevin Killian.

I Always Had the Nerve to Do Things in Secret: Sub-Rosa Retrospectives
“Without getting all psychoanalytic here, it’s hardly the point; secret artworks are especially interesting because they’re inaccessible. Secrets have an intoxicating power, like anything that piques our temptation to transgress, to renounce our ethics momentarily, to be in the know. A docent for our ego, our amour-propre—an artistic coup d’état. It nags at me.” Estelle Hoy pens a possible defense of secret art—and a few other things.

Focus on: Peggy Ahwesh
Like a Fox: The Cinema of Peggy Ahwesh
I Think Future, and I Think Past
Peggy Ahwesh’s sprawling, rambunctious cinematic oeuvre is marked by its resistance to categorization, its zigzagging deviancy. Ed Halter, in an essay, and Andrea Lissoni, in conversation with the artist, delve into Ahwesh’s inquiry into the role of the subject, feminism, and genre through a wide range of media—from Super 8 to CGI to Pixelvision—all the way to Vision Machines, her survey exhibition on view at Spike Island, Bristol.

Anywhere, Out of the World: Ruralism and Escape in the New Roaring Twenties
Artists are leaving cities. Whether they are decamping for alternative communities or temporary cabin retreats, nature is being reoccupied. Something more than a lifestyle choice and less than a movement, this rural turn has implications for how and where culture is made and shown. In the first of a three-part essay, Pablo Larios speaks to artists about pastoralism, self-sustenance, and escape in present times.

If I Say That Fish Are Dancing
Elene Chantladze has written as much as she has painted, probably more so, but not even a single poem has been translated from its native Georgian into a language Ser Serpas can read. As an artist and poet, that made Serpas curious, for she sees the poetry in the work she can understand. Following their meeting in Tskaltubo, Georgia, last winter, Serpas responds to Chantladze’s dense compositions and pictorial inventions with four poems. 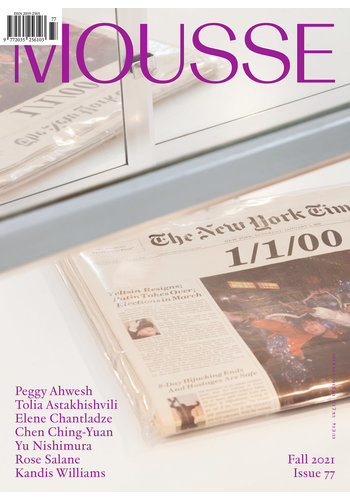