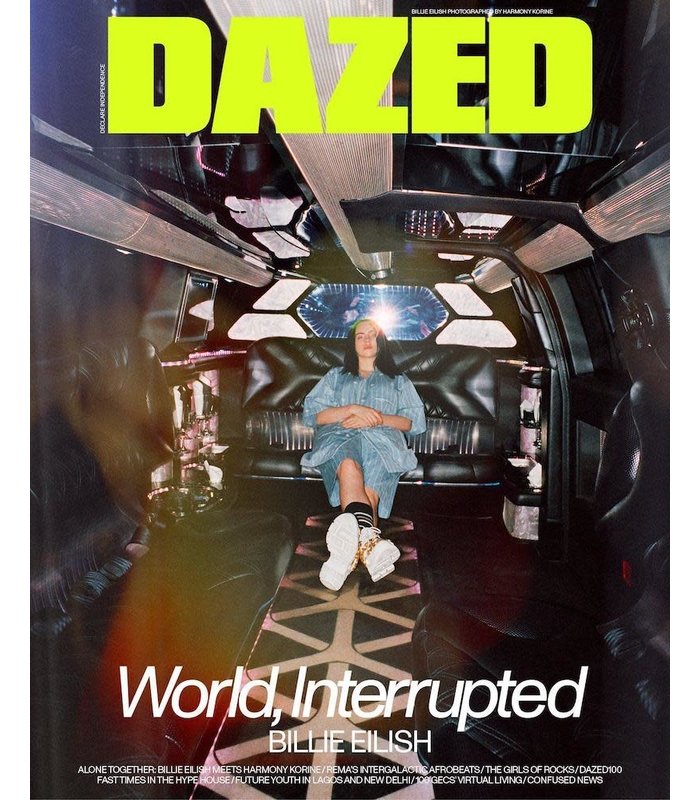 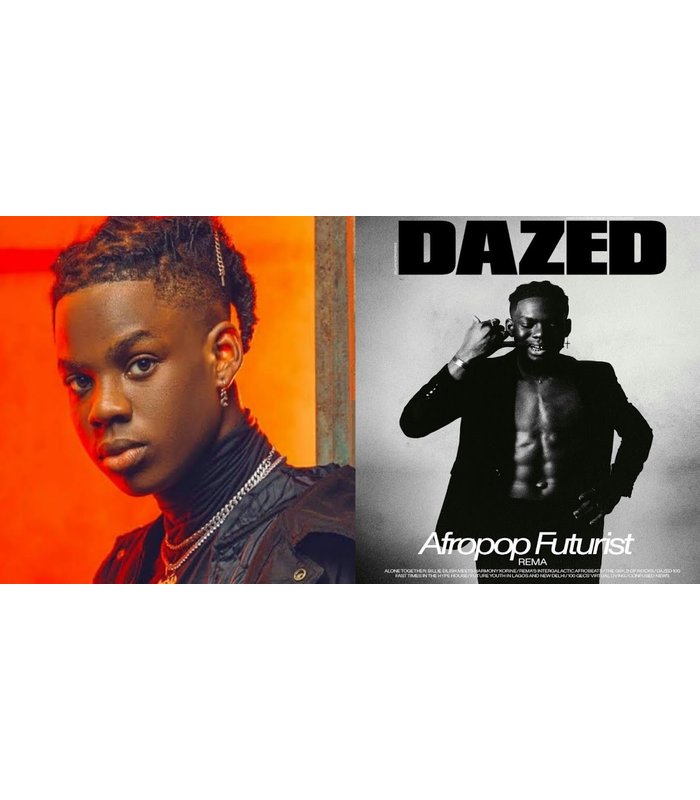 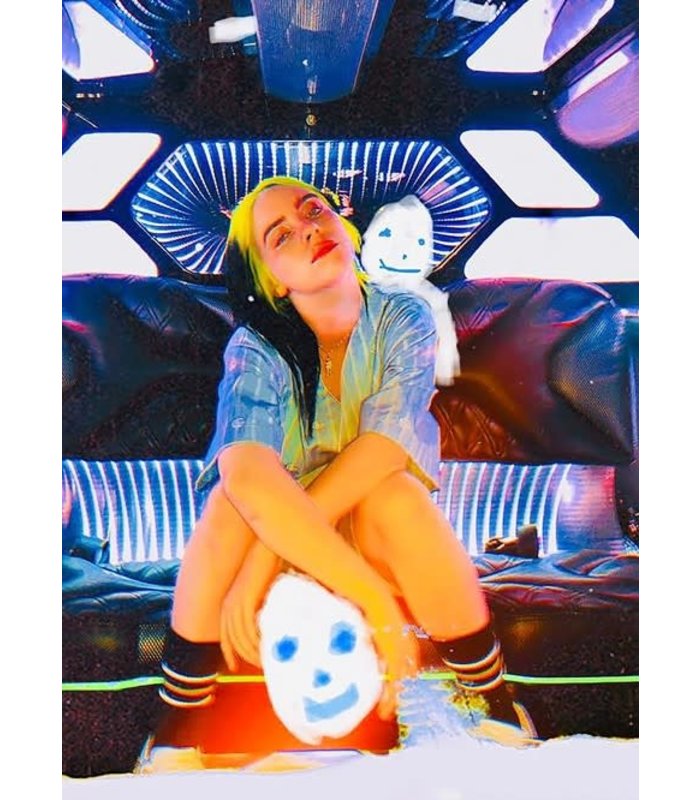 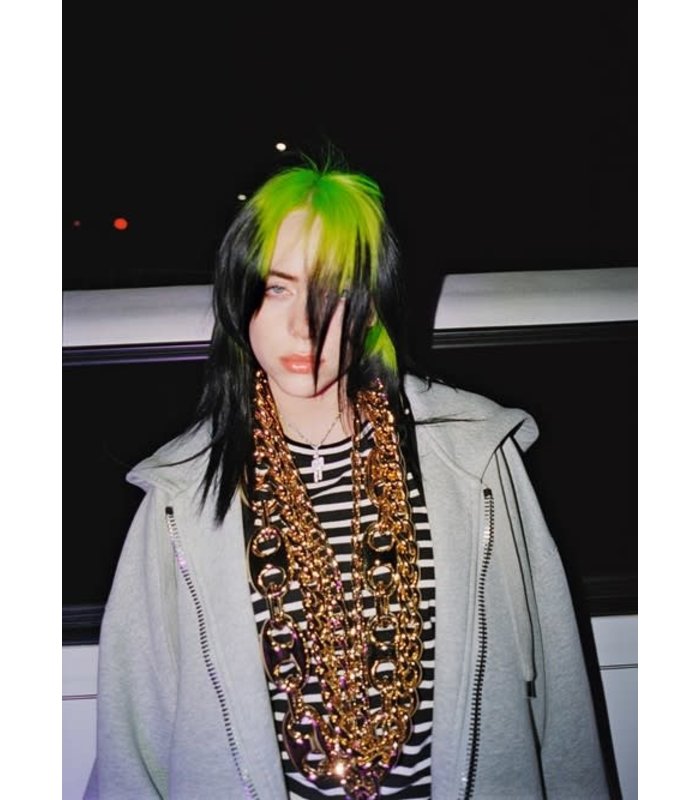 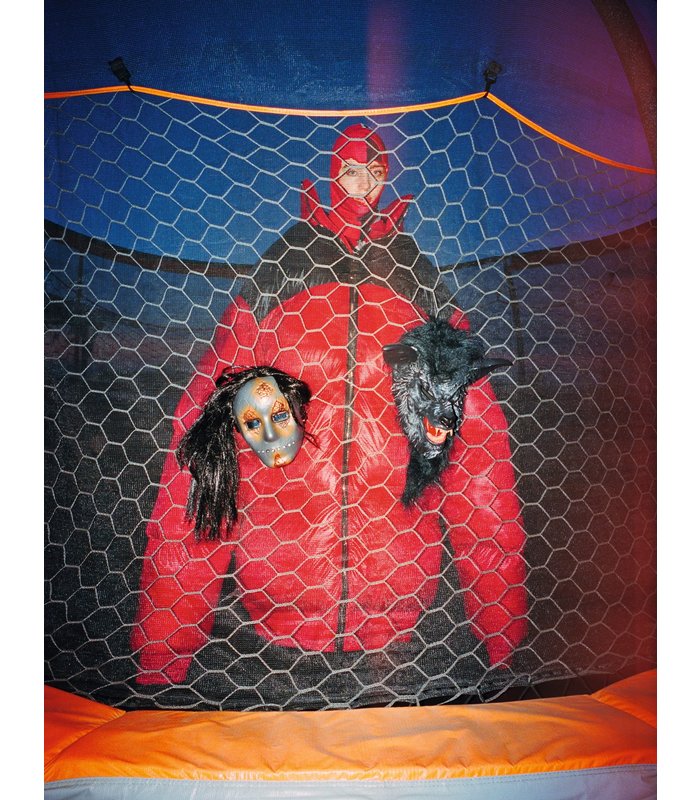 Late January, and the light is fading in a family back yard in Pearblossom, a sparse, mountain-edged town about an hour-and-a-half north of Los Angeles. Billie Eilish is standing in a meme-sized Moschino puffer jacket with sleeves to the floor, FaceTiming photographer Harmony Korine’s 12-year-old daughter, Lefty, as he holds up his phone. About 20 feet away, two pre-teen girls – the girls whose yard has been borrowed for today’s shoot – sit on the steps of their treehouse, wide-eyed and vibrating with excitement. They react how you might if your favourite pop star had turned up to your childhood home and had a go on your trampoline, as Eilish soon does, bouncing while Korine snaps pictures. Their mum reminds them to breathe.

Rewind a couple of hours, and Eilish – in an all-red XXL jumper, basketball shorts and matching red monogrammed Louis Vuitton scarf – joins me in the mini-van parked outside her house and stretches out a hand. It’s here, in a makeshift studio in her family’s modest two-bed in LA’s Highland Park neighbourhood, where the 18-year-old recorded her debut album, When We All Fall Asleep, Where Do We Go?, with brother Finneas, which won five Grammys just a few days prior to the shoot. Now, she’s the youngest person and first woman to take home best album, record, song, and artist of the year – ever.

Though Eilish may have ascended to the levels of fame that necessitate a towering personal security guard, Calabasas this is not. A neighbourhood case-study in gentrification, Highland Park is the kind of real LA impossibly far from the fantasy city that exists in people’s imaginations. Drive down its central boulevard and the old and new clash visibly against each other: an Instagrammable coffee shop serving ceremonial matcha shares a wall with a Latinx salon offering low-cost haircuts; down the street from a yoga studio called Namaste, a boarded-up Mexican restaurant sits with a ‘for lease’ sign flapping upside-down from its awning. 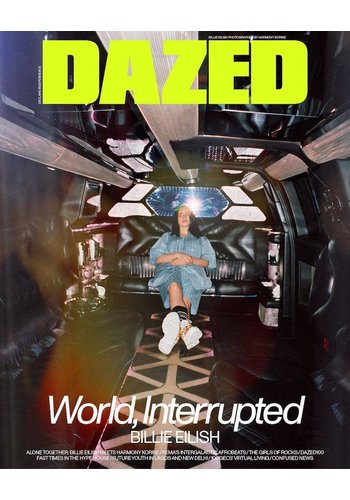