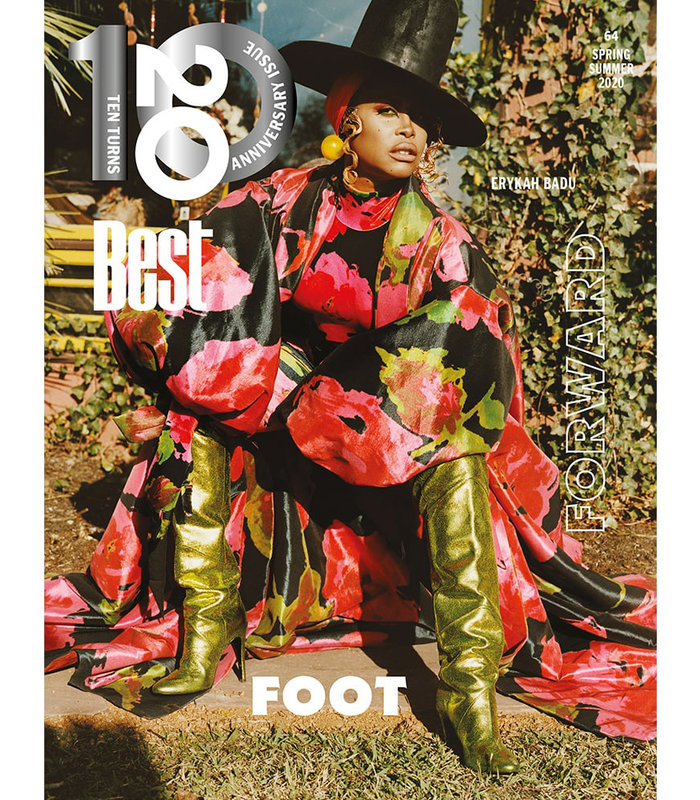 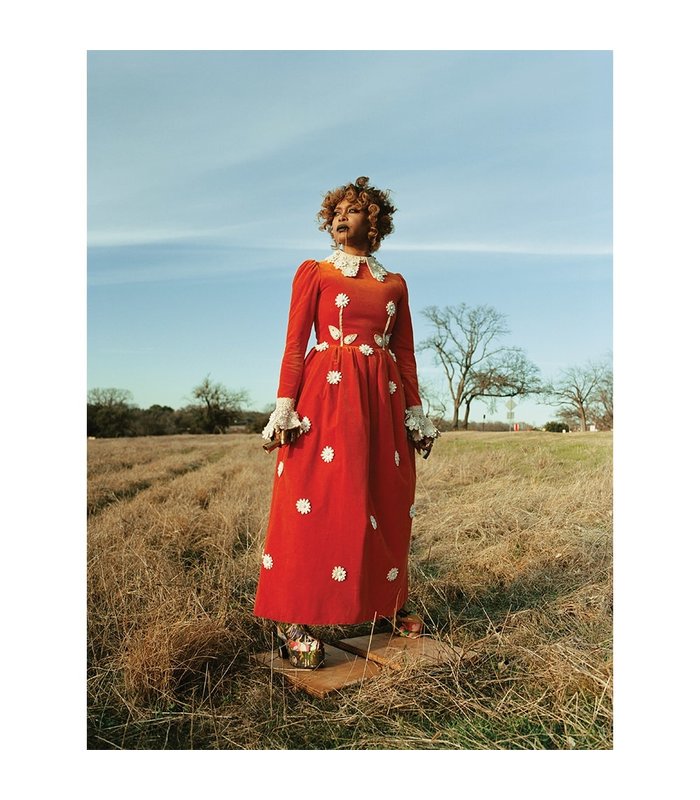 As you can see – we’re not taking the term “celebratory issue” lightly. Starring the trailblazing creative polymath that is Erykah Badu, the second of four covers of 10 Magazine Issue 64 is a true feast for the eye, celebrating 20 years of 10 in all its glory. Styled by Anna Trevelyan and photographed by Shaniqwa Jarvis in her personal haven of Dallas, Texas, Badu wears a floral fantasy courtesy of Richard Quinn and proves (yet again) why she is the style icon known around the world. For this Issue, Owen Myers talked to the music legend about her past, present and future – one that includes a vaginally-scented fragrance crafted by burning her own panties…

A special kind of magic flows through Erykah Badu’s veins. Her songs can feel like incantations as well as pointed commentary, and she is a singular style maverick. But the high priestess of jazzy hip-hop soul says that some of her most potent spells come from between her thighs. “There’s an urban legend that my pussy changes men,” she says in a matter-of-fact tone. “The men that I fall in love with, and fall in love with me, change jobs and lives.”

Badu is speaking just before the new year from her lifelong home of Dallas, where the four-time Grammy winner was able to shake off the “uneasy” feelings brought on by December’s Blood Moon to enjoy a cosy Christmas with her three kids. She likes a chill pace, and has released an album, on average, once every half-decade since the late 1990s. “If I have a baby, you might not see me for five years,” she says.

Right now, her focus is Badu World Market, her soon-to-launch online store [opening February 20th]. Badu worked with a laundry list of collaborators on items that include bespoke clothing and accessories, as well as apothecary goods and traditional music merch. And there will be at least one item that pays olfactory tribute to what Badu calls her “superpower”. Yes, she is making incense that smells like her vagina.

“I took lots of pairs of my panties, cut them up into little pieces and burned them,” she says, again matter-of-factly. “Even the ash is part of it.” She insists that the resulting product, simply named Badu’s Pussy, will smell as advertised. Badu stopped wearing anything down there a while back, so didn’t even mind purging her underwear drawer. But didn’t the process feel quite personal? “Yeah, man!” she hoots. “The people deserve it!” 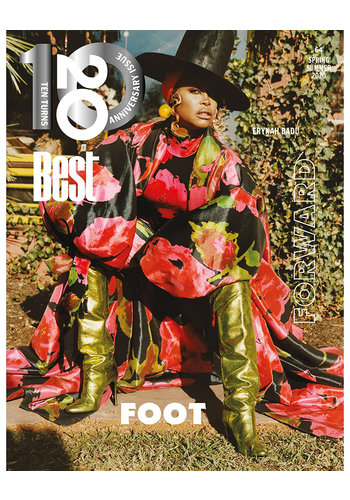